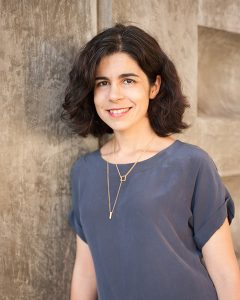 Joanne Randa Nucho, an anthropologist and filmmaker, is the author of Everyday Sectarianism in Urban Lebanon: Infrastructures, Public Services, and Power (Princeton University Press, 2016) and associate professor of anthropology at Pomona College. Her films have screened in various venues, including the London International Documentary Film Festival in 2008 and Los Angeles Contemporary Exhibitions in 2017. 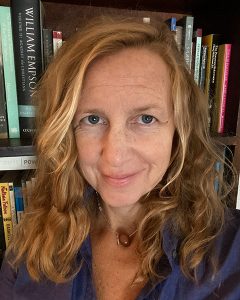 Kara Wittman is Director of College Writing and Assistant Professor of English at Pomona College, where she also directs the Center for Speaking, Writing, and the Image. She specializes in critical pedagogies, visual, oral, and written rhetoric, narrative theory, the history and theory of the essay, and nineteenth-century British literature. She’s published on clarity, originality, and the politics of noticing, as well as small forms of writing: marginalia, phatic utterances, and talking birds. She is the editor, with Evan Kindley, of the Cambridge Companion to the Essay.

Goal: To help students gain the skills required to create quality media productions, including skills in producing, videography, editing, and audio production/post-production (in collaboration with the Center for Speaking, Writing and the Image)

The Research and Instructional Technology Group is a new combination of services by Pomona College ITS and our site is in continuous development.

We use cookies on our website to give you the most relevant experience by remembering your preferences and repeat visits. By clicking “Accept”, you consent to the use of ALL the cookies.
Do not sell my personal information.
Cookie settingsACCEPT
Manage consent

This website uses cookies to improve your experience while you navigate through the website. Out of these, the cookies that are categorized as necessary are stored on your browser as they are essential for the working of basic functionalities of the website. We also use third-party cookies that help us analyze and understand how you use this website. These cookies will be stored in your browser only with your consent. You also have the option to opt-out of these cookies. But opting out of some of these cookies may affect your browsing experience.
Necessary Always Enabled
Necessary cookies are absolutely essential for the website to function properly. These cookies ensure basic functionalities and security features of the website, anonymously.
Functional
Functional cookies help to perform certain functionalities like sharing the content of the website on social media platforms, collect feedbacks, and other third-party features.
Performance
Performance cookies are used to understand and analyze the key performance indexes of the website which helps in delivering a better user experience for the visitors.
Analytics
Analytical cookies are used to understand how visitors interact with the website. These cookies help provide information on metrics the number of visitors, bounce rate, traffic source, etc.
SAVE & ACCEPT